The Bergweg Residential Estate, situated near Kassel in Germany, was built in the 1970s and comprises 15 buildings and 105 apartments. Due to operating and maintenance problems of the original underground steel pipe network for district energy and drinking water, including unacceptable heat loss, corrosion and leaking, it was replaced with a PB-1 system enabling the reduction of system heat loss by as much as 26%. 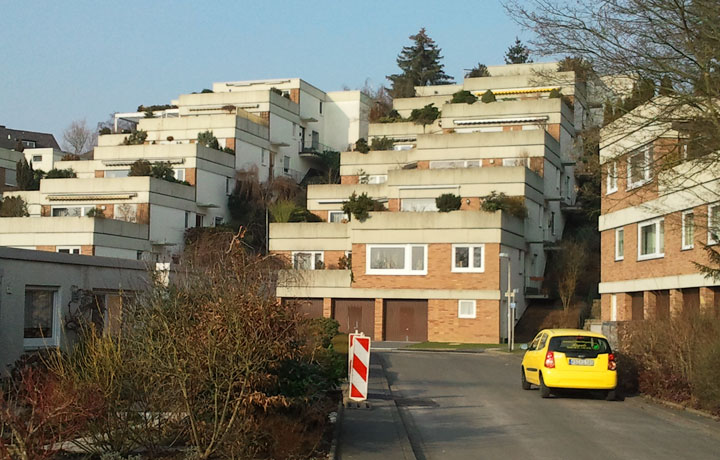 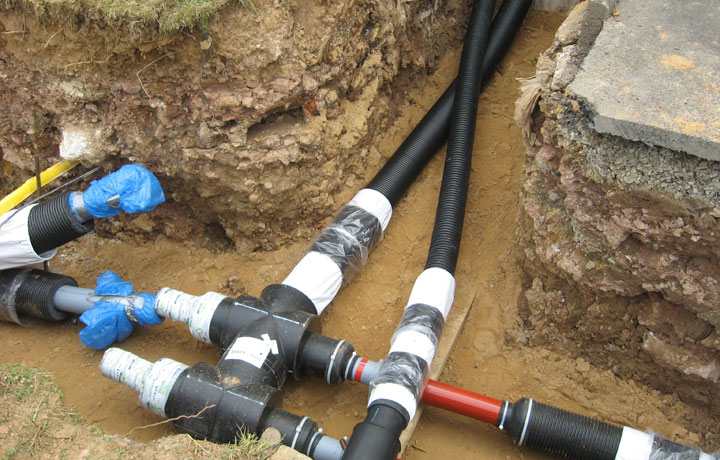 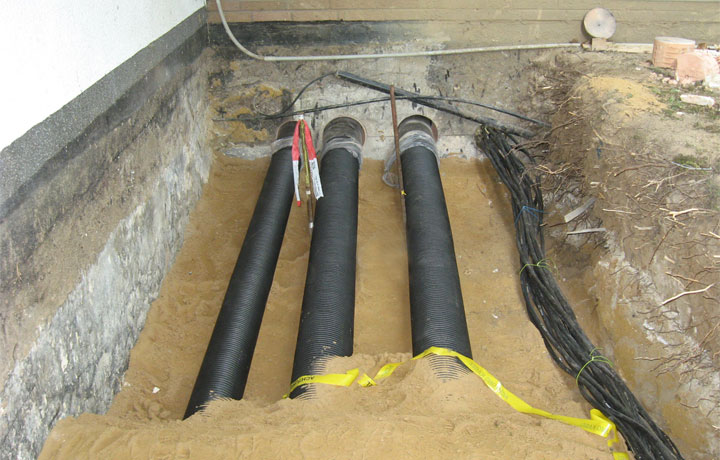 The vitality of a modern city, historic sights, a cultural life of international renown, charming countryside – all this and more can be found in the city of Kassel, nestling at the foot of the Habichtswald and along the banks of the River Fulda.

The chance to combine the vibrancy of city life with a high standard of living was just one of the many factors that originally attracted the members of the Fuldablick Property Owners’ Association to the Bergweg Residential Estate.

The 15 buildings with their 105 apartments are located in Wolfsanger, a quiet district on the edge of Kassel with a view of the River Fulda and yet just a stone’s throw from the city centre.

But along with the geographical benefits of the location, there was one downside. The 1970s steel heating and drinking water pipe network was deteriorating, resulting in high heat losses. In addition, the water supply was no longer reliable and energy prices were on the rise.

So it was decided by the Property Owners’ Association to invest around €900,000 in a new supply network. The brief for the consultant designers, ITEGA GmbH of Hannoversch Münden was clear: to build an energy-efficient, corrosion-free and maintenance-free district energy network capable of delivering 715 kW of heating power.

To minimise energy losses during heat transmission and to ensure long-term reliability, the client and the designers opted for the tried-and-trusted district heating technology from PBPSA member Thermaflex.

The system they used was the flexible pre-insulated, Flexalen plastic pipe system made from Polybutene-1, the perfect solution in the light of the special challenges that needed to be met.

They were: the buildings are staggered up the hillside with height differences of up to 25 metres. In addition, the pipes had to be laid in hard-to-access cellar arches without disrupting the use of the existing pipework systems. This called for a high degree of flexibility. Thanks to the system’s comprehensive range of dimensions, pre-insulated moulded parts and sophisticated accessories, more than a kilometre of single and double Flexalen pipes was laid and the heating system in the first building and 14 transmission stations were efficiently installed over a short period.

With the use of its innovative Flexalen plastic pipe system, Thermaflex – a long-standing global supplier of pipes and insulation solutions – is playing a key role in helping the Fuldablick Property Owners’ Association look forward to energy savings of around 780,000 kWh per year.

Thermaflex’s trend-setting pipe insulation products have been tried and tested on the world market for over 30 years. The development of CFC-free foams as far back as 1990 marked a milestone in their manufacturing, long before European legislation banned such propellant gases.